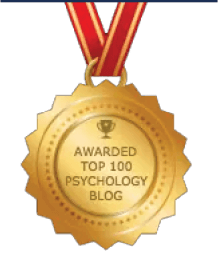 I have friends with honest-to-goodness magical powers: they are parents who can read books without falling asleep! I am still working hard on mastering that particular skill; and in an effort to get better with it, I made a goal for myself: to read 20 books in the year 2020. I have friends for whom this would seem a ridiculously easy goal – they would read 20 books in just a few months! But thankfully, because the world is a rich tapestry, we are not all alike and so I can set the goals that work for me.

And I’ve found some good reads this year, ranging from short story collections to non-fiction work, and have particularly been drawn to classical works for children. Books written a hundred years ago – and even earlier – were written so differently for them, and it’s no wonder – kids went through many difficult trials that little ones today are rarely exposed to. It’s not uncommon for children in classic books to deal with heartache, deep loss, and tough physical work before they become teenagers; and even then, from there it’s pretty much a straight shot to adulthood and all that entails.

I wish I had read so many more of these books when I was younger, because I know I would have liked them then. Anne of Green Gables, for example; if I had read it as a kid, I know I would have loved this spunky, bright, lovable little girl; but I read it as an adult, so the first thought I had when I was introduced to her character was: “Well, there’s no way she’s not going right back to the orphanage!”

But one series I picked up this year that I really fell in love with was The Chronicles of Narnia. Have you read them? I’m about halfway through the series, and I’m convinced it’s the perfect series for anyone – kids and adults – especially in a year that is so fraught with difficulty. It’s escapism at its finest: recognizing difficulty and trouble, but not succumbing to it.  There’s pain, and many battles; but there’s also hope and strength. The books were written by C.S. Lewis, but another author, G.K. Chesterton, once wrote:

We know in our lives today that dragons exist, if you don’t see them right outside your door, you can easily find them on your phone or computer. But dragons can be beaten. It was an important lesson then, and it’s an important one to remember now. For a little extra encouragement, maybe pick up a classic children’s book to share that with your kids – or even yourself, if you need to remember it.