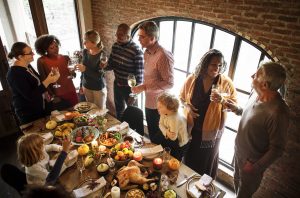 It’s that time of year again! Pumpkin-spiced everything’s been overtaken by chocolate peppermint; the sun won’t come out all day again until March; and shopping malls are striking up the Christmas songs and lining families up for photos with Santa.

It’s time for family gatherings, class parties, and office gift exchanges – and before you know it, it’s time to meet up again for celebrations ringing in the New Year. It’s a lot, and it’s easy to be overwhelmed!

The holidays can be difficult for everyone for a wide variety of reasons.  Here are a few tips to help you through the next few weeks!

No matter how you spend your holidays, remember to find something in your life for which you’re thankful. It may be family, it may be your home or your job or something as simple as your streaming service subscription – but no matter the thing, focus on the thankfulness – and keep looking for more! 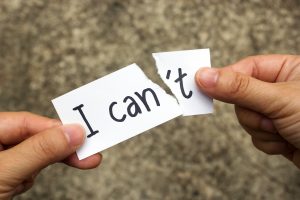 I don’t know if you’ve ever heard of it, but November is “NaNoWriMo” (National Novel Writing Month).  Writers all across the country take up the challenge to write – or complete – a novel in only one month, relying on their wit, their perseverance, their talent, and a strong online community of other writers and editors to get the job done. Although most novels completed during NaNoWriMo challenges don’t make it to publication, some do, most famously Sara Gruben’s “Water For Elephants,” which was also adapted into a film starring Robert Pattinson and Reese Witherspoon.

I have half-heartedly attempted to consider starting a NaNoWriMo challenge – I never got as far as typing a single word – but, ultimately, I’ve decided that it wasn’t for me, at least not in this particularly busy season of my life. I do appreciate the value of challenges, however, especially ones set in constrained time periods. The Whole 30 challenge was pretty popular for a while too, and on social media it’s not uncommon to see creative challenges that center around posting pictures or blog posts each day based on a particular theme.

The idea of challenges is really interesting to me. I can see the value in it – it’s neat to see how we act differently when we are exposed to things that change our routine so steadily over such a long period of time. And those changes can work for the better, too. (I’m Catholic, and I see the benefits of fasting/small acts of self-denial that we partake in every year for the weeks of Lent, just before Easter.) Community plays a big role too, and an important one: you get a great sense of “we’re all in this together.”

But for people who suffer from anxiety or low self-esteem, the idea – or the reality – of not meeting those challenges can be difficult to bounce back from. Not finishing a NaNoWriMo project, a Whole 30 food challenge, or whatever you tried can bring on the negative self-talk pretty much instantly: “I’m a failure. I knew I couldn’t do it.” It’s enough to not make us want to try again.

So what’s the secret to a successful challenge? I’m not 100% sure, but I think it probably has something to do with not taking them too seriously and adapting more of a “so what?” attitude. “If I don’t write a whole novel, so what? I wrote a lot more than I would have!” “If I eat some cheese on the elimination diet, so what? It’s helped me figure out that I feel worse when I do eat it, so it’s a bonus.” Trying to bring up the positives takes a lot of work, but it might also lead to success. That same positive self-talk works well in real life too, not just in a challenge setting. Maybe this month we can think about some ways we can change our thinking from negative to positive and see where that takes us!

Do you like to take up monthly challenges? What’s been your experience so far? Make sure to let us know any tips for success in the comments!