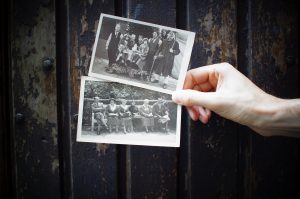 For Christmas last year, one of my brothers gifted our dad with one of those ancestry-type DNA tests, the kind where you spit into a tube and mail it away. You wait for a while, and then results get sent back to you, sort of breaking down your ancestral heritage.  He hasn’t received any results yet, but I’m decently clear on my family’s history – on the one side there’s some Eastern European and some Irish (more Irish than not, I believe); and on the other, there’s Cuban. My father’s parents were from Cuba, but up until recently I learned that they were only in Cuba for that one generation. Before that, they were from Spain.

My other brother told me last week that he found out recently through some other family of ours that we were from Spain, and we were pretty righteous people there: Jewish men and women fighting against the Inquisition. A statue of one of my great-great-great grandfathers still stands in a Spanish town, apparently, in honor of his efforts. And for a second, I puffed up with pride, because it’s a nice feeling when you come from honorable people – it makes you feel kind of honorable, too.

But as I thought more about it, I realized how interesting it was, this tug in our hearts to get connected to our past families through these sorts of lineage-type activities. Because who are we looking for? Are we looking for people similar to us? Maybe you’ll find out you had a great-great-great grandmother who liked to knit, just like you do. Or a way-distant relative who liked to be very close to nature, and now you’ll feel justified to your TV-loving family that you’re not weird for not liking TV, you’re just like that great-great aunt who also just loved being outdoors. Are we looking for people to inspire us? Hey, that crazy relative went whole hog on this patent idea that made him famous and really wealthy, so maybe I can quit my job and go all-in on my idea, too! Or are we looking for ways to puff ourselves up? Apparently, my entire ancestral lineage was a bunch of good-for-nothings, and I’m doing great now in comparison – I’ve really made it!

Don’t get me wrong, I think it’s great fun to look back and see who was there along the way long before I arrived. But the temptation for me, and maybe for some other folks out there, is to find out someone great we can focus on (the guy they built the statue of, for example) and not the long line of people before him and since then that were just normal, everyday folk, who lived and died just doing what they did – holding down a job maybe, having children, fretting about the weather and taxes – but having enough sense to keep creating a line, so we’d get to where we are today.

In today’s world, so many of us hear the message that we need to succeed to really mean something to someone. You’re only valuable if you can produce something other people like; you only matter if people know who you are. But I think deep down, you and I know that’s not really the case. We matter because we carry an inherent dignity, just by virtue of the fact that we are people.

So if you end up doing one of these ancestry lineage tests, and you find out there’s no glamorous fruit hanging off the family tree, remember that it’s not a bad thing. Remember that the everyday folk are just as important as the freedom fighters and the warriors, because otherwise, you wouldn’t be here! And if you’re not as successful as your neighbor is, don’t stress out about that either because you’re just as worthy as they are of love and dignity.